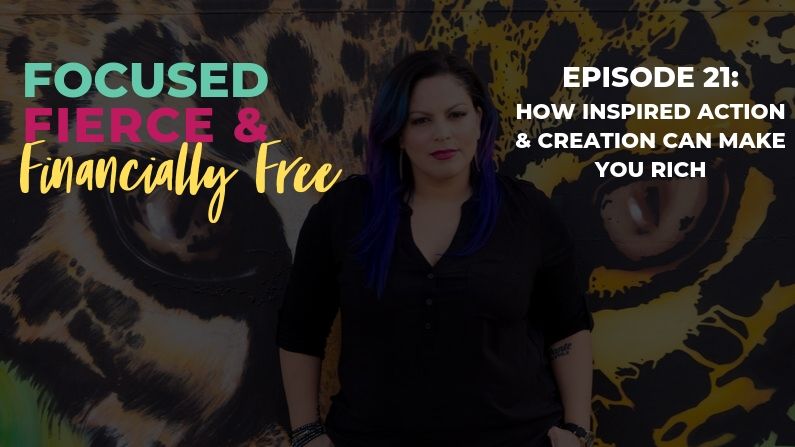 Do you ever find yourself with an inspired idea, but instead of tapping in and taking action, you throw it in your notes to deal with later? Then when you see your idea again in a week, it doesn’t spark the same fire in you anymore? Then a month later, you see that someone else has put out the exact same idea that you put on the backburner?

I’ve had it happen to me.

Conversely… I’ve seen great success when I ride an idea by it’s coat tails, getting into action as soon as I get that rush of inspiration! Once, I created and promoted a program in six days, and my energy was palpable, my audience could feel my excitement.

In this episode, I talk about inspired action and creation, the impact it can have on your business, and ways you can implement it THIS WEEK!

Are you ready to take inspired action?